The « Choking Game » is a voluntary strangulation game practiced by one or more people. Thé goal is to expérience a new and exciting sensation.
This expérience , apparently harmless, has very serious conséquences including death.

Widespread around the world the « Choking Game » practice is difficult to detect because it is not of a violent or suicidal nature, it is a dangerous game.

It affects mainly children and teenagers between the ages of 4 to 20 years. In response to this tragedy responsible adults ( parents and teachers etc…) have only one effective weapon : prévention. To educate oneself and others for a better understanding of the problem. It is essential to look for the signs in children in order to save lives.

A better understanding of this deadly game

Under it’s many different names the « Choking Game » seems an innocent practice offered by a mate or a group of friends.

The principle of the game is simple by :

Following the above a fainting fit occurs with some hallunications.

Another form of this game is « Tomatoes Game ». The children hold their breath as long as possible which can also result in a blackout. Some followers of the practice become addicted ; it is extremmely dangerous when alone or even in a group. The practice can lead to irreversible after affects and death.

The practice may seem harmless but it can affect every child who is curious to discover for themselves or are infuenced by the pressure to participate from a person or a group of people or by movies, the internet etc…

The practice can start as early as nursery or primary school age and can affect girls or boys from 4 to 20 years old and coming from all walks life, therefore, it is important to be aware at an early stage.

The name « Choking Game » can sound an amusing and and exciting sensation.

Many young people seek a new experience in the game and go into it completely unaware of the dangers.

Teenagers seek to take up a challenge and try to live nzw and exciting experiences.

Expression of violent or suicidal behaviour in the game are rare.

Why we have to speak to the young ?

An accurate explanation of all the risks and consequences can be a deterrent. On the other hand, silence or toning down of the explanations can lead to fantasy and possible attraction.

When they are well informed about the risks, children and teenagers generally stop this game as they were not so aware of the real dangers beforehand.

Prevention is on two levels :

Look Discretely for Alarm Signs
The Choking Game practice is not in any way a suicide attempt. The activity is rarely associated with strange behaviour.

Jessica (15 years) : a friend, Ludovic, used his hand to stop his breath and stopped just before collapsing when he felt the hallucinations coming on and dizziness. « This game is deadly which which I didn’t realise before » he said.

Gaëlle (15 years) : about 4 years ago I knew a group of friends playing this « Choking Game » to achieve new sensations.

Frédéric (22 years) : I remember 10 years ago I praticed this game but differently : My friend hugged me around the ribs very tightly until I fainted. I came round 2 minutes later. I didn’t think at this time that it could be dangerous to play this game !

The after effects, either long or short term, associated with the strangulation practice is the result of lack of cerebral oxygen.

Strangulation leads to suffocation followed by a fainting fit. The heart can stop momentarily. Before the fainting fit people will feel several sensations : dizzy spells, unsteadiness, point of light in the eyes, blurred vision, buzzing in the ears.

This is a lack of axygen which can lead to mental slowness, intensive and reoccurring headaches, sleepiness, trembling and muscle spasms, epilectic fits, amnesia, or death. Consequences are different according to the length and the intensity of the oxygen deprivation. A severe Anoxia, more than 3 or 4 minutes, leads irreversible cerebral lesion.

More Information and documents in English

Many thanks to Jane, Loretta and Keith for this translation of the French APEAS brochure.

We are particularly grateful to the organizations, associations or foundations that support our actions … and in particular the AIR FRANCE Corporate Foundation, which enabled us to realize our new website. 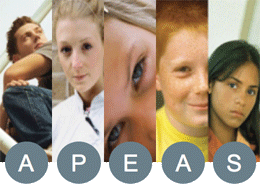 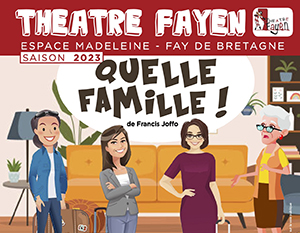 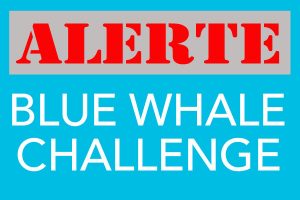 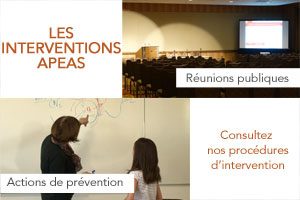